I’m staring out the window of the hotel room with my arms folded in my lap. It’s a bitter January day in 2016 and across the parking lot at the car repair shop my Impala is getting rebuilt. Again. In a few days I’m supposed to play the biggest show of my career but I already know after this I’m giving up my music. It’s too hard. I stupidly wrote all my songs about her. Years of trying to write her into my life and out of the world her parents built. Yesterday she ran my car off the interstate off-ramp and nearly killed both of us. It bounced up and down smacking the ground a half a dozen times. It was like watching a movie. Surreal and passive. When the car finally came to a stop I didn’t know what to do. I laughed. I wonder what she thought about that. I should probably get used to not wondering what she thinks about. The next morning her new boyfriend will buy her a ticket back to the Midwest and leave me here somewhere in South Carolina.

Hailey arrived at the airport at 6 this morning. The airport is pretty close to my house and it’s a nice drive. It was a beautiful morning. I’m not awake for those usually.

We had been fighting. Probably about how I didn’t take her newest boy toy seriously. After all, she flew how many thousands of miles to road trip with me today? When I saw her come out from baggage claim she looked mad which her normal defense mechanism for avoiding vulnerability. But when she got in the car I saw that this time she meant it.

From the airport, without saying a word I knew to take her straight to the beach.

Weeks before she told me of a dream where her family sat around her at a cookout. She crawled on the ground like a baby. With baby teeth and baby hair and baby hands. At first all she could do was crawl out of their circle but as she moved away from them and closer to the ocean she got stronger. Finally she made it to the sea and saw her mother’s face in the reflection in the water.

This morning I watch her watch the waves the way someone looks at a child. She walks out to it. Then back. Then she turns and asks me, “Hey, are you feeling calm?”

Her flight leaves at 6 am. It’s raining. I felt it like a punch when I pulled away from the airport where I dropped her off. Like a section of my brain atrophied, turned black, and sloughed off. I felt the leaves in my mind turn limp as if they’d been sitting in a puddle. I watched her step through front door without a second glance. It was 6 in the morning and raining and I had nowhere to go.

I guess I’ll head North? That’s where I was headed before.

Just keep going through the motions. 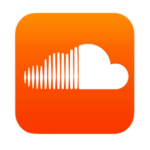 Ok, now that I’ve emptied out the old suitcase. Time to pack for the next one. Let’s see what we need…

Tomorrow I’m tagging along on Angie’s work trip. We’re driving up to Georgia to camp. I’m gonna make some music while she umpires her lacrosse games. Should be an adventure. I’m glad you’re joining me on the trip, I’ll be around tomorrow to pick you up, please bring snacks.