It’s glorious to come back from an island and return to AC and wifi again. I expect tonight will be the greatest. shower. ever.

This morning we headed towards Savannah and wound up in a groovy coffee shop called The Foundry.

I was pretty hungry. Their only food option was bagels. Three bagels please.

Sitting down to plan our day we realized we had no plan. Chaz still was in the mindset that this was a vacation for him. I wanted to make songs and shoot video! He reluctantly started Googling cool places in Savannah so he could start getting some footage. We found a couple open mics to visit and a $40 AirBnb for the night. 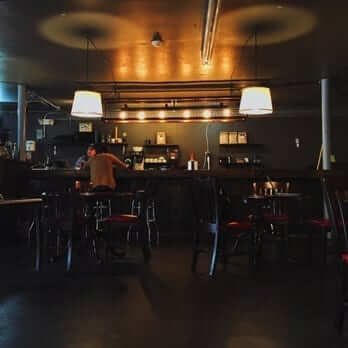 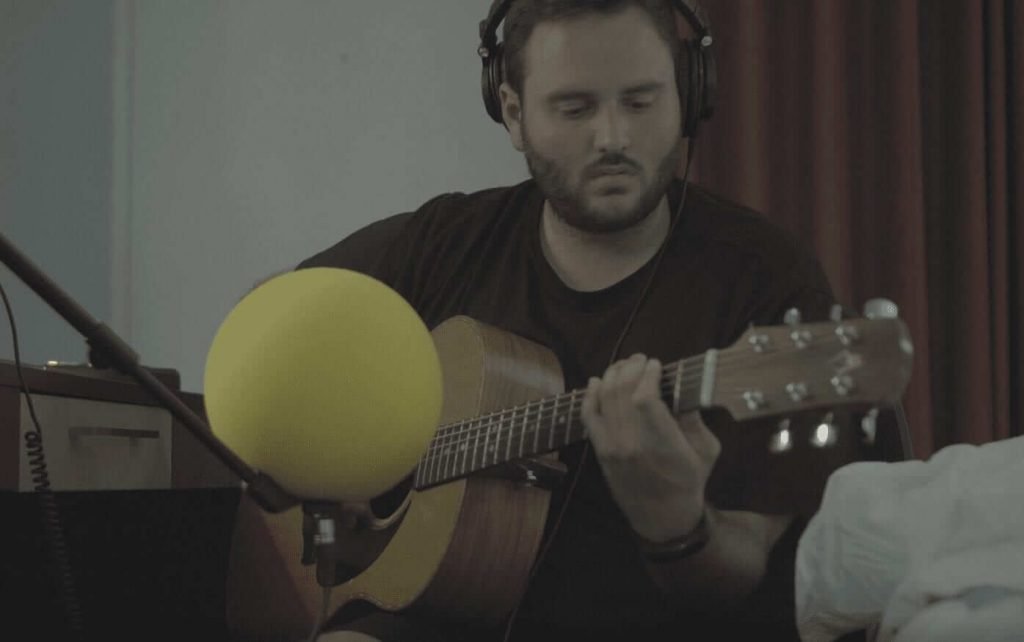 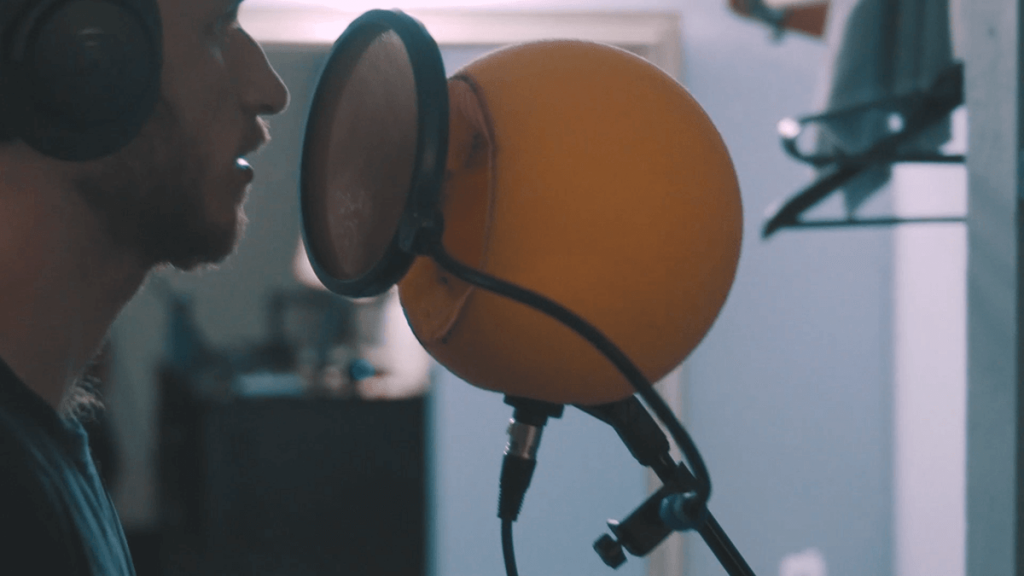 Chaz got an idea for a song and is on the same creative wavelength as I am now. We’ve been shooting a ton of footage and exploring.

Tonight we’re tired and we needed to get some recording done so we got a hotel. We felt like we saved a bunch of money staying in all these alternative places like AirBnb’s and hostels etc but actually the hotel was only $60 for the both of us so not much different from an AirBnb. By the time we checked in, we were both exhausted and just felt like doing nothing. I knew I needed to get these vocals done though because that’s why I voted for a hotel room in the first place. My dad called tonight and I barely had energy to talk to him.

I told Chaz I was going to do a meditation and then knock the vocals out. He laughed the signature Chaz belly laugh meaning “Yeah right” but I settled in with some headphones to hopefully not fall asleep. I love meditation. I never feel like doing it usually, and it’s really boring, but it’s medicine my brain needs to survive in the craziness. I use an app called Headspace. It trips me out because I feel like meditating made the biggest difference out of anything I’ve tried to use to better myself by far. Still I never feel like doing it. And usually when friends are struggling with something too, they’re never really interested in trying to meditate either.

But that night after I meditated I got up and finished the vocals. Chaz was wow’ed. The next day he told me he downloaded headspace and tried meditating and he was hooked.

Tonight we decided to try to sleep in the car. Chaz and Angeline both have a Honda Fits. But Angeline’s car has some crucial modifications from years of living out of it on the road that make a big difference in sleeping in it. One of the important changes is having velcro-lined windows that allow us to put velcro-lined screens in the windows. This is important because it allows you to have airflow while also not having mosquitos. It also helps people not be able to see in your windows while you’re sleeping. Chaz and I did not have these.

So I’m going to just go ahead and cut to the chase and tell you that me and Chaz trying to sleep in the car was a giant mistake.

It started with not being able to find a place to park. The name of the game is usually to find a spot in a nice neighborhood between houses so that it’s unclear whose house you’re in front of. We repacked the car as much as possible and rode around looking for a good spot. We had trouble finding an inconspicuous spot in a decent neighborhood so we hesitantly agreed to stay in a Walmart parking lot.

A Walmart parking lot is always like plan D. The damning thing about the Walmart parking lot, is it’s not necessarily a safe place to sleep over night with your windows down, so you’ve gotta keep them up. At first we tried to slightly crack the windows. We thought because of some small battery-powered fans we had brought camping with us that it wouldn’t be too bad. About thirty minutes later the car was a sauna of sweat and b.o. We had breathed up all the air in the car. My sleeping mat was greasy and I felt miserable. I tried in vain to look on some apps like Hotel Tonight and Expedia but realized that after midnight, you can’t book at hotel for that night.

We considered just turning the AC on but read it wasn’t safe to sleep overnight in a running car because of the potential for carbon monoxide poisoning. And we were determined to not die in that Walmart parking lot. After a couple of ugly hours of slipping around the camping mat and choking on our breath, I went inside Walmart at 4 am to buy a carbon monoxide detector and turn the air on.

Having the air on was amazing. It only used like 1/8th our tank of gas. I slept a stellar three hours before Chaz got up to start the day. 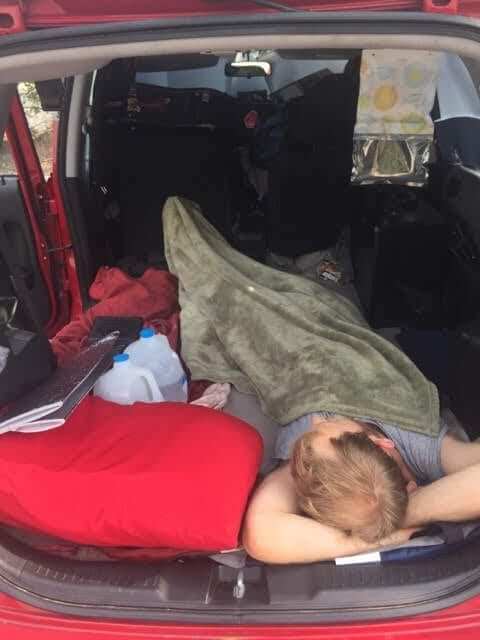 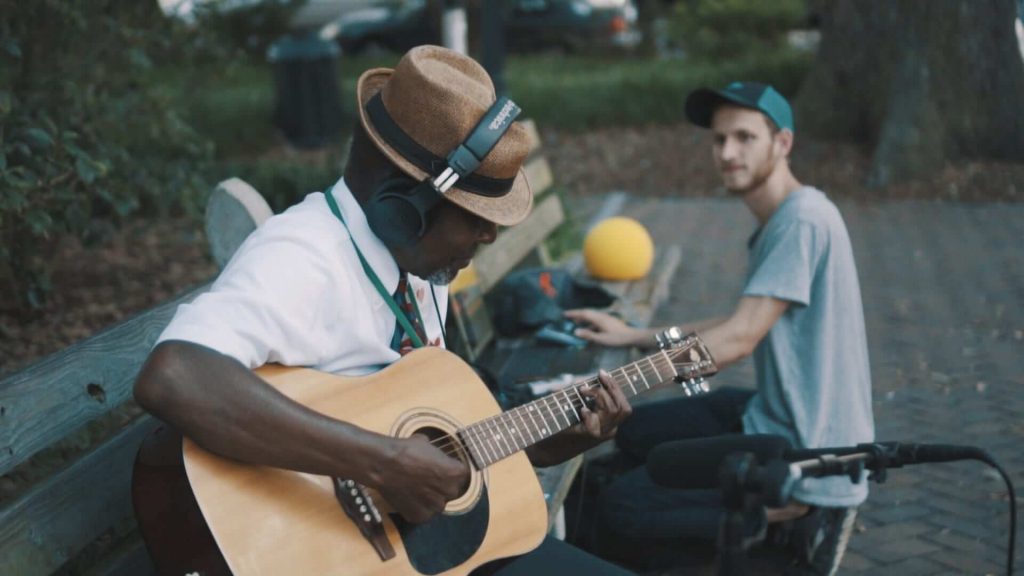 By far, for me, the highlight of this trip was meeting Sir Deepy Frazier, hearing his story, and recording a song for him. I was working on creating a time-lapse of the capital building when I heard “Young man. Are you a photographer?”

I explained what we were doing on the trip and showed him a video and song I had done. He proceeded to tell me all sorts of stories and goals he had. Apparently he sits on the square each day in front of that building, welcomes people to Savannah, and plays music for them. He doesn’t accept tips, he just does it to connect with others. I really loved his energy and his sound as a musician so I called Chaz to bring the backpack with all of my recording gear in it. We set up on the square and recorded the song that would turn into this.